In 2016, we launched the 'National Hero' contest in keeping with our Everyday Heroes , Extraordinary Hope theme. Walkers, volunteers and anyone connected to the Parkinson Community are encouraged to nominate a person living with Parkinson's who embodies the spirit of everyday heroism. The Grand Prize winner receives a collection of commemorative items and the honour of leading their local walk as 2017's National Hero.

Hear Blake's story, in his own words:

We received an impressive number of entries and some more impressive nominations from “Everyday Heroes” across Canada as part of our contest of the same name, sponsored by Otago.

Many of the nominees will play an important role on walk weekend, helping to lead their local walks as Provincial Heroes and cutting the ceremonial starting ribbon for their provincial peers. At our Ashbridges Bay site, the new National Hero Blake Bell will have that honour.

"He is an inspiration to us all at work. As a colleague of his, I am truly honored to know him. He always has a smile on his face, a can do attitude and [despite a recent diagnosis of Parkinson’s] his spirit is unscathed."

We think you’ll agree that those qualities make Blake a fitting representative as the face of Parkinson SuperWalk this year after all, maintaining a positive outlook and strength of spirit describes our Parkinson Community very well, and likely fits with the reason why you’re joining us for Parkinson SuperWalk.

In his own words, Blake is actively taking on the challenges presented by Parkinson’s in an effort to be a hero in his own story:

My Parkinson's journey started in 2007… I went through the first few years in denial but the symptoms started with my walking and tremors. Eventually, I came to the realization that this was not going away so I needed to do something about it. That’s when I committed to exercising, and to Parkinson SuperWalk. I was going to become a grandfather and I was going to hold grandson without worrying about dropping him so I took up boxing which  gave me peer support along with the exercise I needed to fight Parkinson's. I now have the desire to become better and fight Parkinson disease and not let it take over my life.

I started to participate in the SuperWalk because I wanted to support Parkinson's research but I also wanted to tell people about the disease, and ask them to help me in that search for a cure.  It was a time in my life that I wanted to share my Parkinson's with people that did not know about my condition. I got overwhelming support from friends and family and that was part of what started to make me feel comfortable in public. In many ways, participating in Parkinson SuperWalk has been a part of my healing process.

I admit I cried after reading the nominations I received and learning that I was named the National Hero. That’s not how I think of myself, I simply want to treat people well, and trust that they’ll do the same for me. 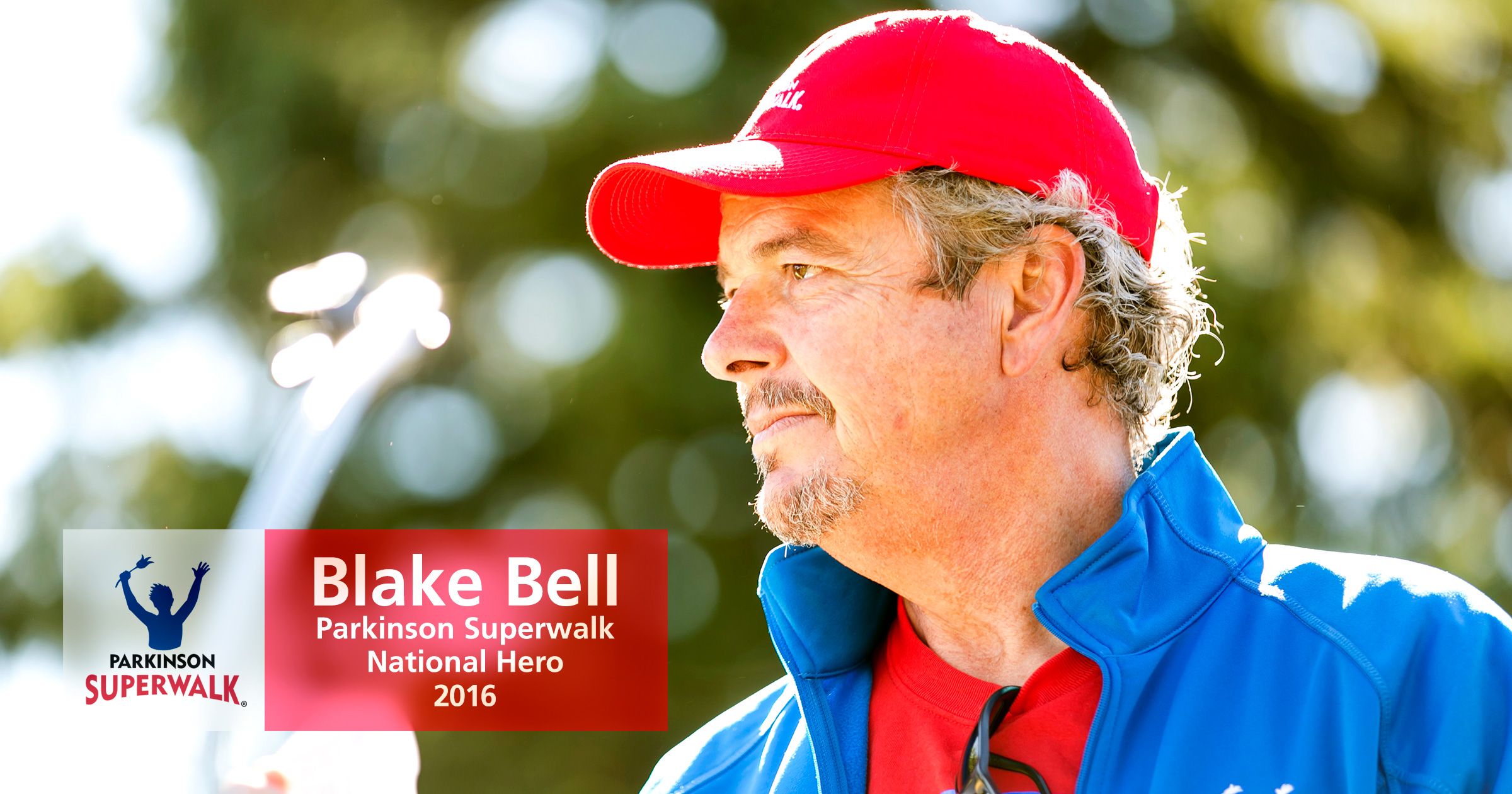