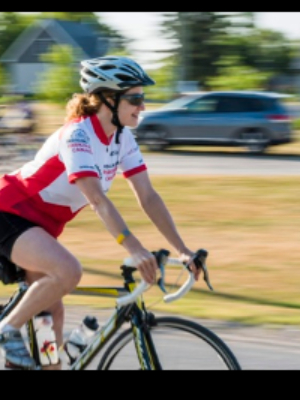 On Saturday, August 29, I will will rejoin the Suds n' Spokes riding team in Prince Edward County for Pedaling for Parkinson's - a cycling event that was created to raise awareness about Parkinson's and raise funds for research.

Thanks to the support of our sponsors, your donation dollars will go directly towards a Pedaling for Parkinson’s Research Grant and the Parkinson Canada Research Program.

Parkinson's is a neurodegenerative disease. Movement is normally controlled by dopamine, a chemical that carries signals between the nerves in the brain. When cells that normally produce dopamine die, the symptoms of Parkinson's appear. Currently, there is no cure. The need is only increasing. More than 25 Canadians are diagnosed with Parkinson's every day; more than one person every hour. By 2031, the number of people living with Parkinson’s in Canada will more than double.  Your support fuels the increasing need for research to improve quality of life and ultimately find a cure.

With your support we can help Parkinson Canada realize their vision of a better life today for Canadians living with Parkinson's; a world without Parkinson's tomorrow.