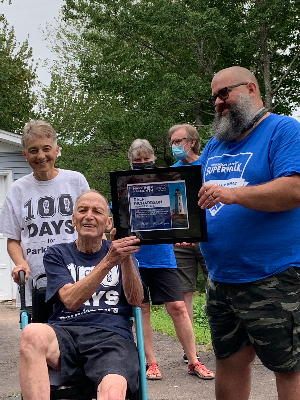 Maritimer of the Month

Five years ago, Ralph was diagnosed with Lewy Body Dementia, and then Parkinson’s Disease just a few years later.  Living with Parkinson’s is a constant struggle, but through it all, he has never lost his determination.

Already limited in his activities, when the coronavirus crisis began Ralph’s movement was restricted to home. Even though he couldn’t get out to his usual programs,  he was determined to keep on moving.

Out of this determination, his driveway walk was born.

Ralph decided to start walking laps of his driveway.  He set his mind to doing 30 laps and on that first day, he walked his first 8.5. By day 17 he had reached his goal. But he didn’t stop walking.

Ralph with his dear wife Berys at his side completed his mission to walk 100 days for Parkinson’s, has raised almost 30k just about 20k over his original goal, and is continuing to walk in his driveway until it gets too cold. During his 100 Day Walk, Ralph was named the 2020 Superwalk National Hero, Tim and Sid Good News All-Star, and CTV's Atlantic- Maritimer of the Month. His other sidekick and fundraiser coordinator, Greg Hicks was recognized by Parkinson Canada-Atlantic as a MVP Volunteer. Ralph is raising money and awareness to support Canadians living with Parkinson’s today, and to help fund research into better treatments and eventually, a cure.

Please feel free to donate to Ralph's fight as we will continue to raise funds to fight this disease.

Thank you all so much for supporting Ralph’s 100 days for Parkinson’s, and for joining him on this important journey.  Be sure to follow updates on  Facebook as there will be occasional updates, and good news stories, and other Parkinson related information. Stay tuned as Team Ralph hopes to be back in 2021.
https://www.facebook.com/parkinsonwalker/?modal=admin_todo_tour 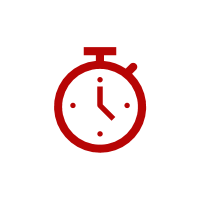 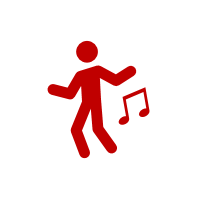 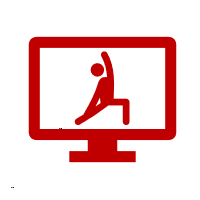